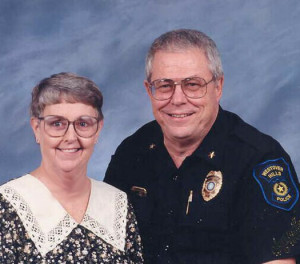 I was born in Fort Worth at St. Joseph Hospital on January 31, 1938. Two years Later my brother Don Tuttleton who also attended Paschal and graduated in 1958, was born and my sister Ann was born in 1944. We lived all over Fort Worth, but never in any other city. My parents bought a home in Morningside on Ramsey Street when I started the third grade at Morningside Elementary School, I attended Daggett Junior High and then Paschal. I went two years at the old Paschal and one year at the new one, where I first met my wife to be, Gayle Bassham. She ran the elevator for the school and played tennis. We were introduced on a blind date at a Paschal game with Poly High School, after we discovered each other at Evans Ave Baptist Church, and we were married on February 14th, 1959. We had already purchased a home and furniture. While at Paschal, I wrote articles and poems for the Pantherette and worked before and after classes as a Star Telegram carrier. I was never able to realize my dream to be a fullback for the Paschal Panthers. I would have been playing with football greats Bubby Gaunt and Durwood Hudson. There was also a fullback, Richard Lockridge.

I graduated in 1956 and went to work as a mail person for Mid-Continent Oil Well Supply Company, which later became a part of Ken Davis Industries. I was promoted to the printing department a few years later and then to supervisor of the outgoing mail, shipping and, records. A year later they moved the incoming mail room to my supervision and I was promoted to offices services manager. I left Mid-Continent in July of 1969 and became a police officer for the City of Everman, Texas. In 1972, I was promoted to Sergeant and then to Chief of Police when the present chief resigned. I was later promoted to director of public safety over the fire, ambulance and police departments and started the first D.A.R.E. program in the Everman School District. Back then no one had ever heard of D.A.R.E. Through all of this, I never found the time to attend college, but I have about a million hours of criminal justice training.

In October of 1981, I was offered a patrol position with the Westover Hills Police Department, which paid a better salary. I was promoted to Sergeant in 1986 and then to Chief of police and city administrator in June of 1988. I now have a son Dale, age 40, a daughter Missy, age 38, and five grandchildren. I have a singing ministry with the Metroplex nursing centers, retirement centers and the senior citizens organizations for several cities including Everman, Forest Hill and Kennedale. I have entertained for AARP, the Tarrant County Health Department and several Alzheimer’s units around Fort Worth. I sing old time county western, popular and gospel songs. I also double as Elvis, Johnny Cash, Willy Nelson, Marty Robbins, Jim Reeves, Eddie Arnold and a few other singers. I also play the harmonica with some of my songs. I write poetry and have won an award and been entered in the 2000 millennium book of poetry. I write my families Christmas card poems each year and I have a book of my poetry going all the way back to the Pantherette. I know that it sounds like I am bragging, but this is my Bio.

I have reached the ripe old age of 65 and can retire at anytime. However, the city council ask me to stay on for two more years. Gayle is the Church Secretary for Royal Oaks Church we have been married for 44 years.